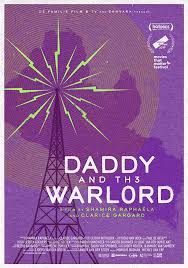 Competition: Movies That matters 2019, The Hague

Filmmaker Shamira Raphaela together with American-Dutch journalist Clarice Gargard set out on a quest into Clarice’s father’s past. Much to her surprise, she discovers that the man she had always looked up to had played an instrumental role in bringing Charles Taylor to power: former president of Liberia and convicted war criminal.

Filmmaker Shamira Raphaela and American-Dutch journalist Clarice Gargard set out on a quest into Clarice’s father’s past. They discover that her father had worked as the head of Liberia’s national telecommunications company and had been involved in espionage on Taylor’s behalf, making it easier for Taylor to take down his opponents. Slowly but surely, the journalist’s view of her father starts to shift.  To Clarice, her father had always been a hero, an idealist – so why had he worked for three corrupt government leaders, including war criminal Charles Taylor? Was it that he wanted to serve his country as a patriot, or was all of this mainly about money, status and power? As the story unfolds, Clarice is no longer sure whether she even wants to know the truth. The film tells a story about good and evil, about rebellion and blurred morality in times of war.