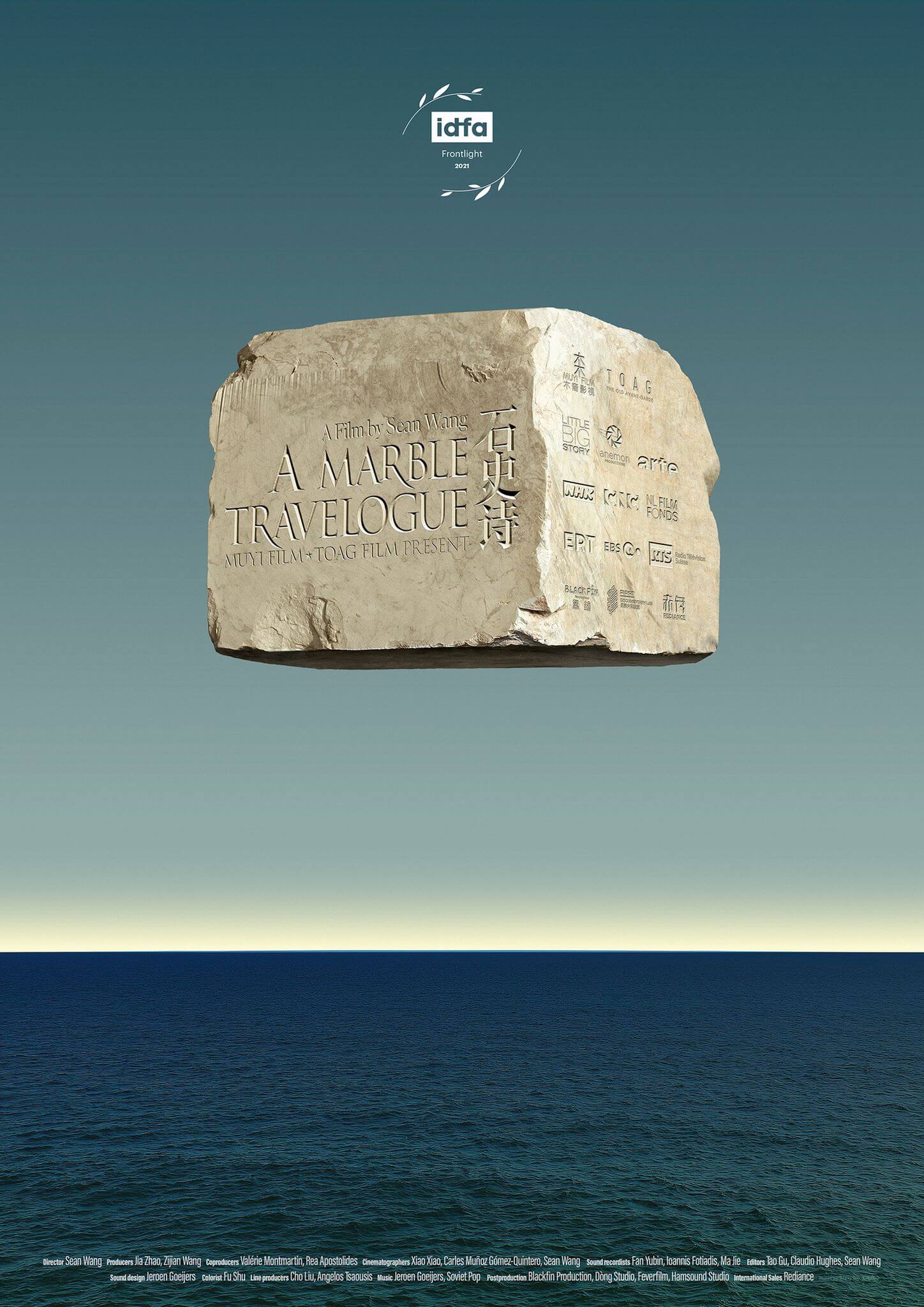 Blocks of white marble from a Greek quarry are shipped to China, where sculptors turn them into Hellenistic-style statues and columns. The leftover grit is processed into fridge magnets and other souvenirs, which are returned to Europe and sold to Chinese tourists.

Along this marble route, we meet a variety of people who play a role in the cyclical consumer chain: the Chinese businessman who’s taken over a Greek marble quarry, the workers and their children in a souvenir factory in Quanzhou, a French marble dealer based in China. The Chinese-speaking twin daughters of a Greek entrepreneur who runs a tourist and migration service are recurring characters in the film. As cultural ambassadors, they accompany their father on his business trips to the Far East.

With a light touch and wry humor, the Chinese-Dutch documentary A Marble Travelogue portrays a chain that runs from capital to manufacturing, wholesale, retail, and consumer. The film makes complex connections and highlights the European aspirations of the Chinese middle class in an unobtrusive but visually seductive style.