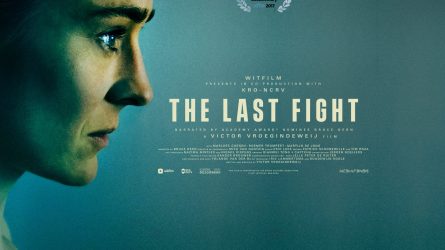 Marloes Coenen is in her mid-thirties when she decides to hang up her boxing gloves. Together with her coach Martijn de Jong and partner Roemer Trompert, she plans out the final phase of her impressive career as a mixed martial arts fighter. Director Victor Vroegindeweij follows her over these months using his characteristic style that combines a sense of space with intimacy—the big picture next to the unexpected detail. He shows Coenen’s efforts as she approaches the finale. Will it be triumph or defeat? How much will she need to sacrifice? What exactly is going on behind that delicately featured yet intense face? During private training sessions, Coenen can express her nervousness, pains and doubts. In contrast, her public appearances in the ring exhibit tightly-braided hair, shiny abs and rushing adrenaline. Accompanying the choreography of kicking, hitting, wrestling, evading and scoring points, a voiceover reflects on the essence of fighting.