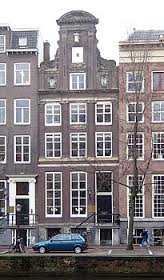 During the Second World War, the majestic Amsterdam canal house at the Herengracht 401 was a hideaway address for jews. After the war, these years formed the basis for a close artistic community. But now the founders and patrons have passed away, the house goes into a new phase, and is being reorganized by the current inhabitants. As they clean up and intent to open it up to the public, filmmaker Janina Pigaht wants to capture the story of the house. People can tell about the first decades of the post-war era. But is there a clear story to tell?