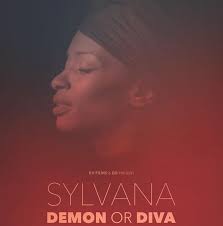 She used to host music shows on Dutch TV, but now she’s the figurehead of the political party BIJ1 ("Together"). As a woman of color who was born in Suriname but grew up in the Netherlands, she knows how it feels to be treated as a minority. Her outspoken style in fighting for a world in which everyone has equal rights and opportunities sometimes provokes extreme reactions, and her attackers have posted sinister death-threat videos on YouTube. We follow her in the three months leading up to the local elections, in which she's running for the Amsterdam City Council.

During TV debates, interviews and discussions with opponents, we see Simons standing up for her opinions with a fascinating force of argument. But when she’s on her therapist's couch or at home in front of her well-filled walk-in closet, she shows her vulnerable side. Her doubts and fears increase as the election draws nearer. What if she fails to win a seat on the city council? Apart from being an exciting report of an election campaign, the film is an inspiring story of an impassioned woman who left showbusiness and sacrificed her private life and peace of mind to fight for a fairer world.