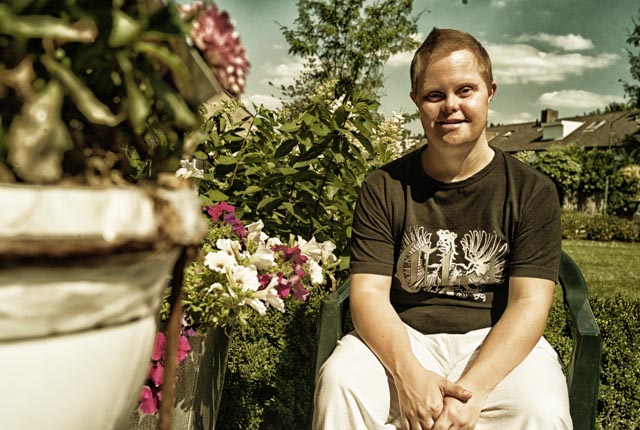 Rob Krikke (33) has Down’s syndrome and is an actor with a theatre company. Since his sister died in an accident, that event won’t let go of Rob anymore. A decision is taken to make a play about her death. Documentary maker Didderiëns follows this process closely, shunning neither poetry nor confrontation.

‘Death is white’ is said somewhere in the film. But before death has acquired this pure, virginal and ‘innocent’ state, a lot of work has to be done. Rob Krikke (Down’s syndrome and actor) has his hands full with that. The theatre show made to mark the death of his sister is a difficult process that is recorded implacably and compassionately by Didderiëns.
The approach he uses has a freedom and independence that goes way beyond registration. In this way, the intangible nature of death acquires an oppressive visual translation in the capriciousness of the framing and the blurriness of the images: as if, in the footsteps of Rob, the filmmaker is also trying to get a grip on suffering. And as if that isn’t enough, as Rob is not a ‘professional’ actor, acting and reality also tend to become intertwined. At least, that’s how it looks. Death may then become white, but that doesn’t happen on its own.