Letters from the rest of Spain 2021 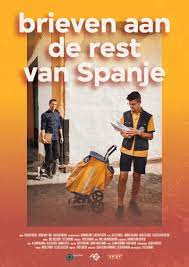 Three years ago Stef Biemans ended up living in Spain quite suddenly. To get to know his neighbors, he started asking them questions in letters he sent. Biemans learned a lot from the answers from the Andalusians, but most of all, they made him even more curious. Curious about all those other Spaniards. In this new series – a sequel to the Letters to Andalusia, which was awarded the Silver Nipkow Disc in 2020 – he asks questions about the stories that dominated the Spanish news over the past year. He saw how migrants arrived in the Canary Islands, how the Basque Country celebrated the anniversary of ETA laying down its arms, how the Madrid hospitality industry interfered in the local elections, how the Galicians shouted for attention without raising their voices and how the bullfighters complained about lack of work due to the pandemic. Letters to the rest of Spain is a series about a divided country, in which Biemans tries to expose something of the Spanish soul through the handwritten letter.