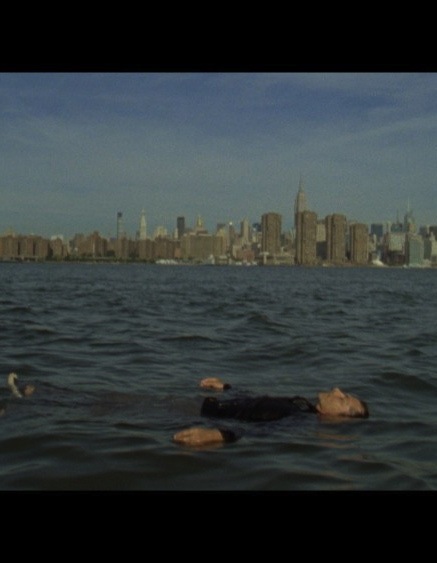 Performance artist Erik Wesselo is known for his physical works. His films include performances in which he set his hair on fire, rode a galloping horse while seated backwards, and rotated along the wings of a windmill at a speed of 74 miles per hour. Yet Wesselo’s films are also reflective in nature. By playing with duration, speed and movement, the artist creates a sense of calm and stillness, imbuing his daredevilry with a meditative quality. These same qualities are also reflected in the film East River. The film documents a performance by Wesselo on this tidal estuary in New York City. The iconic New York City skyline triggers thoughts of energy, movement and bustling streets, but none of these are evident out here on the water, even though the river is equally part of the city. Here, it's the currents of wind and water that determine the artist’s direction.